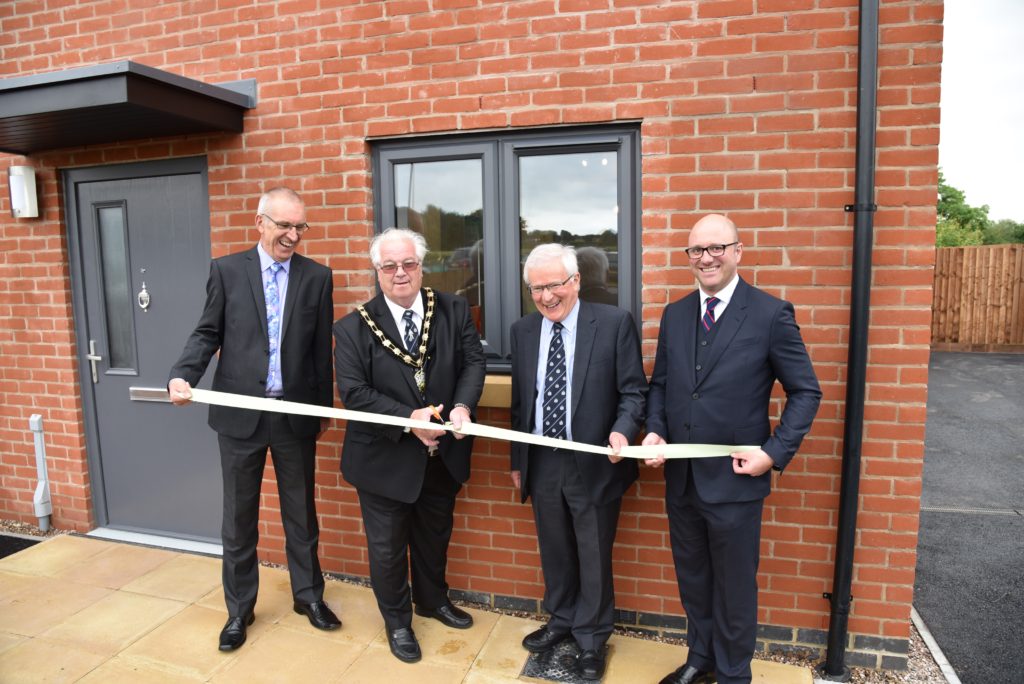 22 new family homes have been built for the council by construction company Robert Woodhead Limited on two sites in Swadlincote and Overseal. At Pennine Way in Swadlincote eight semi-detached houses and two semi-detached bungalows have gone up on disused waste land, part-funded by the Homes and Communities Agency.

In Lullington Road, Overseal, Woodhead has built 12 semi-detached family homes on an area previously occupied by prefabricated housing. Representatives from the council, developers and VIPs were on site in Overseal yesterday to mark the official handover of the properties, most of which are already occupied.

“We’re delighted that these properties have already been sought by people on the Housing Register who need good-quality housing at an affordable cost.

“Their completion is an important milestone in our ongoing commitment to meet the housing needs of future generations in South Derbyshire.”
Craig Pygall, construction director for Robert Woodhead Ltd, said:

“However many times we build new homes, it’s always a pleasure to return to a site on completion and see how the area has changed as a result.

“The properties have been built to an excellent standard, enabling them to perform efficiently, helping to cut tenants’ energy bills and create warm, secure and modern homes.”
Speaking after the handover of the properties, Derbyshire’s Chief Fire Officer/Chief Executive Terry McDermott said:

“We have a great working partnership with South Derbyshire District Council, which has embraced the need for fire safety protection not only for their tenants but also to safeguard its housing stock, and I’m delighted that all three sites at Linton, Swadlincote and Overseal have homes that are safeguarded from fire by the provision of domestic sprinklers.”