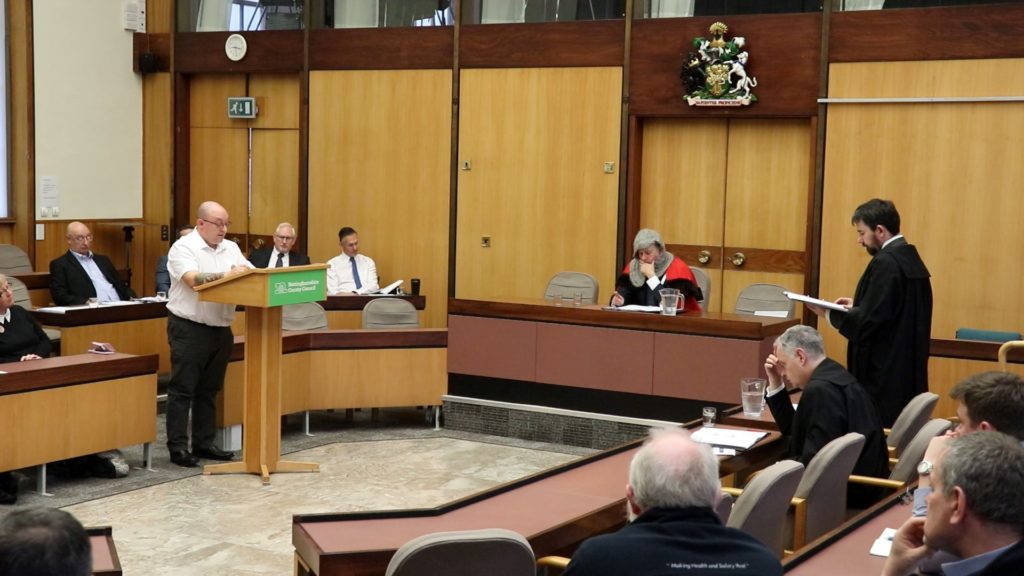 Woodhead Group has hosted a ‘mock trial’ of a serious on-site accident, to highlight the importance of robust health and safety policies.

The trial took place in the Chambers at County Hall in West Bridgford, Nottingham, and has been carried out in partnership with Via, Safety Management Consultants AW Safety, construction company Tomlinsons and legal service specialists rRadar.

More than 50 people took part in the training course, which was staged as a ‘mock trial’. Attendees acted as ‘the jury’, which was played out by a cast of eight made up of employees from AW Safety, Tomlinson and rRadar.

Those taking part in the course came predominantly from Woodhead’s supply chain, health and safety reps from other businesses and the insurance sector. It aimed to raise awareness of the importance of following best practice and legal requirements.

Kerri Grocock, Health, Safety and Environment Manager at Woodhead Group said: “This event has been a year in the planning, it involved a huge amount of preparation, and I’m so pleased it went well.

“I attended a mock trial ten years ago and thought it was something we would benefit from. Our actors were kitted out in traditional legal dress, with wigs and gowns, and the whole event will resemble a condensed, but real trial. It’s a fantastic way to show how an accident or health and safety breach can impact on a company, and how this would play out in court. We expected our attendees to observe what was happening, and come to their own conclusions, acting as our jury.”

The scenario used in the trial involved a digger hitting a high voltage cable, causing someone nearby serious burns. Nobody died in the scenario, but the future of the fictional building company, which already had a poor health and safety record, and the company director himself, was in question. The digger driver, banksman, Health and Safety Executive, Company Director and Site Manager were all questioned and forced to defend themselves at trial.

The event also included guest speaker, Jason Anker MBE, who spoke about the effects on the injured person, family, friends, and colleagues following an accident. His speech was moving and thought provoking and tied in very well with the event.

Following the success of this first event, Woodhead Group plans to hold future similar mock trials, in partnership with rRadar, AW Safety and the Council, as well as the Working Well Together Group, which is supported by the HSE.