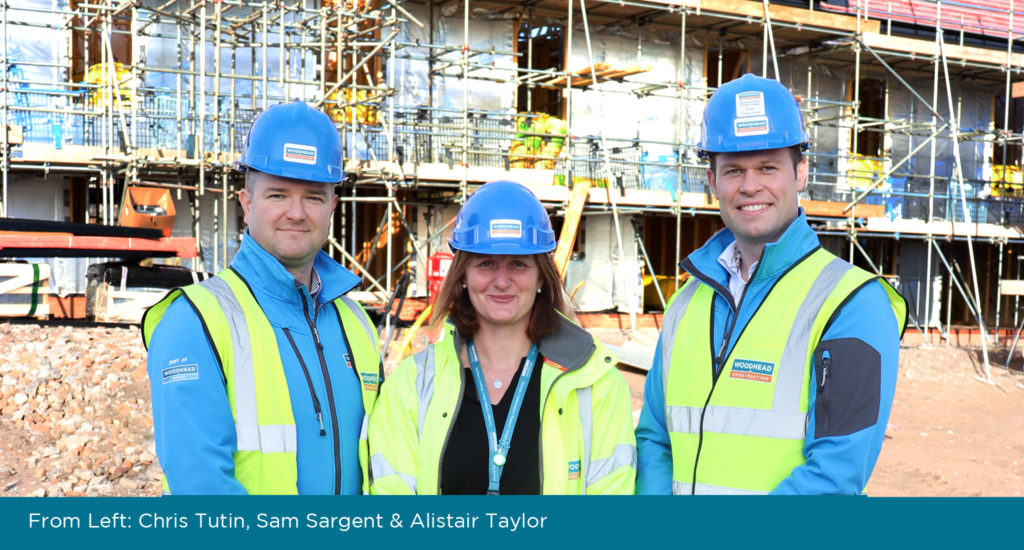 The Woodhead Group announced three senior internal promotions at their Winter Conference as the company revealed their 10-year Game Plan.

Sam Sargent will join the Board as Finance Director from 1st April 2020. Sam has been part of the Woodhead Group for 8 years, qualifying as a chartered accountant in 2017 and with over 17 Years of experience, having held a number of other senior finance positions.

Sam will take over from Hilary Cheshire who will retire in March. Hilary joined the company full time as Finance Manager in 1982 and was appointed as a Finance Director in 1985. Hilary will remain an active Shareholder in the business.

Alistair has been with the Woodhead Group for 10 years, graduating in 2009 after completing his second degree in Property Development and Construction. He started with the company as a trainee QS/Estimator and has progressed through the business due to his commitment and ability to achieve.

The three promotions come as the Group revealed a strong forward order book with over 90% of construction work secured for 2020 including the Northern Gateway Enterprise Centre for Chesterfield Borough Council and a place on the £340m EN:Procure Framework.

Teresa Westwood, Managing Director at Woodhead Group added, “It has been great to recognise three people showing tenacity and passion for what they do, in order to deliver fantastic results. Over the years they have grown with the company and taken on more responsibilities whilst showing consistent commitment to the Woodhead Group. It is an honour and privilege to welcome all three into their new roles, as together we continue to thrive and grow.”