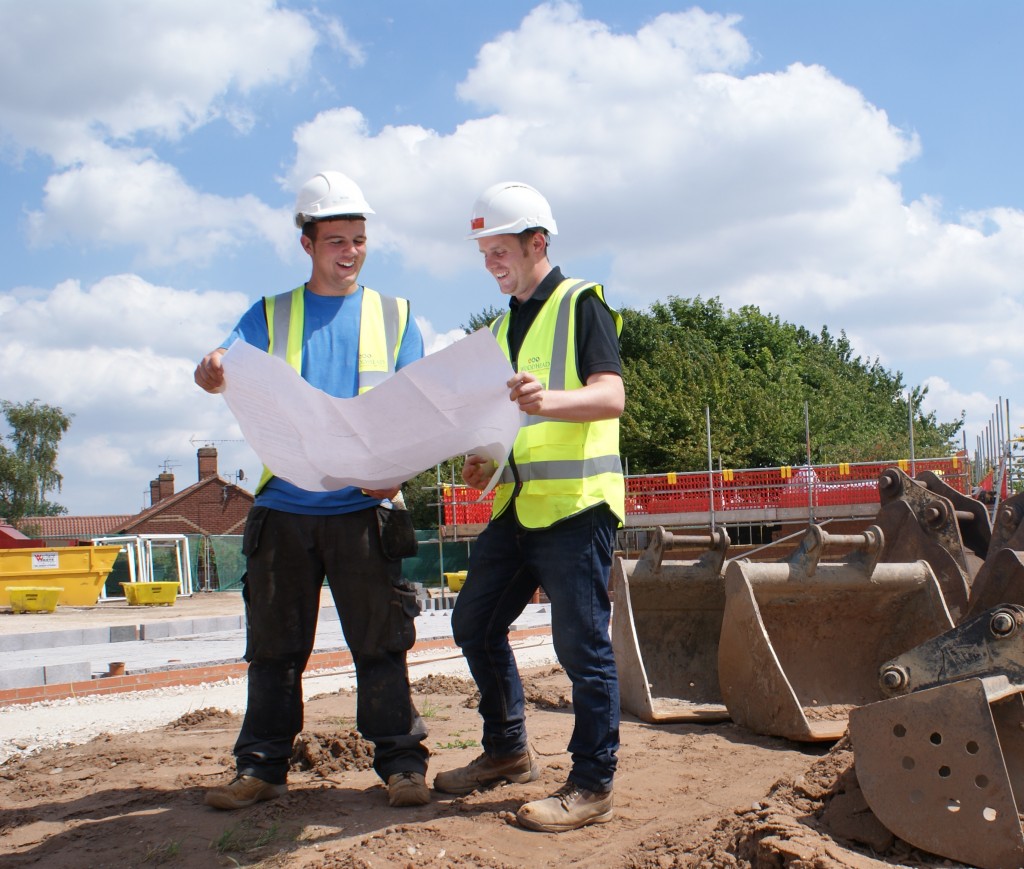 With exam results just around the corner, many young people are considering their post-education plans and looking at potential career paths.

Careers in construction present a variety of diverse opportunities, not only out on site but also office-based roles such as Business Support, Marketing, Quantity Surveying and Estimating.

Woodhead has seen apprentices play a key part in their success since they employed their first apprentice in 1950. Many apprentices employed by Woodhead have since progressed on to more senior roles and some are even managing their own apprentices.

Anthony Leach began working at Woodhead following redundancy from his previous employment where he had started an apprenticeship in joinery, working as a shop fitter for a few years.

He said: “I was lucky enough to be able to complete the final year of my apprenticeship with Woodhead. Having worked for a while on site I decided that I’d like to work towards becoming a site manager.

“I really enjoy that side of construction as no two days are the same and you have to be able to problem solve under pressure. I enrolled on Woodhead’s Site Management Training Programme and had the opportunity to assist the site managers on some of the projects I was working on, which was really valuable experience.”

Anthony is now a qualified Site Manager and has managed several projects through to completion for Woodhead. He is now managing a new build construction site on Scarborough Road in Bilsthorpe and is training his first apprentice, Jaydan Mosler.

Jaydan, 19, lives locally and went to school just around the corner from the site on which he is now working. Having left school he attended sixth form at Sutton Community Academy where he took his Level 2 NVQ General Maintenance Operative qualification, which sparked his interest in construction.

“I’ve always enjoyed working with my hands and knew I wanted a job in this industry,” said Jaydan.

“While I was at the Academy I really enjoyed the joinery side of things, so I was really lucky when the opportunity for this joinery apprenticeship came up so close to where I live.”

Jaydan is part of the Woodhead Living team working on the construction of 25 two-bedroom bungalows for people aged 55 years or above, on behalf of Newark and Sherwood Homes and Newark and Sherwood District Council. The properties are being built using grand funding from the Homes and Communities Agency.

As well as going to West Notts College one day a week to complete his qualification, Jaydan is able to learn from the skilled team of people at Woodhead including his mentor Anthony.

Anthony added: “It’s great to be able to work with young and enthusiastic apprentices like Jaydan. He is keen and willing to learn and is happy to put the effort in to get the qualifications he will need to progress. For me it’s a great opportunity to be able to give something back. Having come through a similar route I know what it’s like when you are just starting out in the industry and I don’t think everyone appreciates the variety of opportunities available to them until they start working on site.”

For more information about careers in construction visit www.robert-woodhead.co.uk.

If anyone is interested in moving into the new bungalows and would like to know more, please call 0845 258 5550 FREE and ask for Housing Choice.