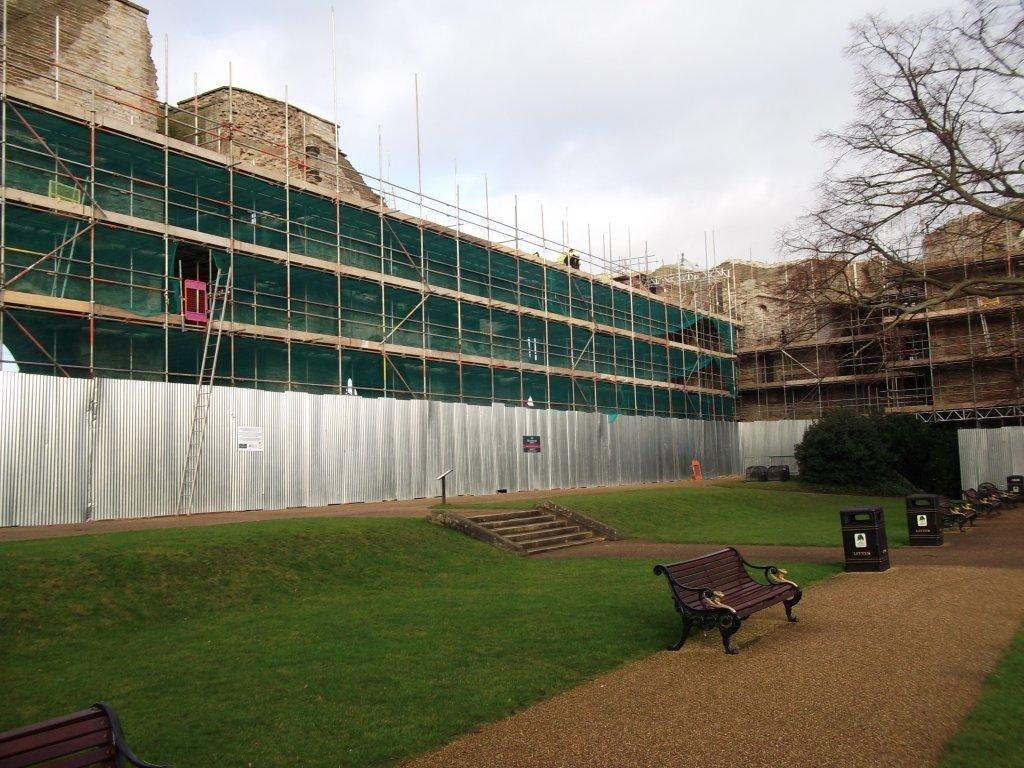 Working on a scheduled ancient monument was complex and challenging; working closely with the Parks & Amenities Business Manager was critical to ensuring the project remained on budget, on programme and resulted in minimal disruption to visitors.

• The adjoining grounds, including the newly refurbished gardens remained open to visitors.

• The works to Newark Castle were the first to several sections of the walls for over 20 years; some sections were significantly degraded.

• To maximise revenue for Newark and Sherwood District Council the Castle remained open to visitors throughout the conservation project. This was achieved by safe segregation from the works and gardens using clear signage, corrugated fencing and programming high risk works such as cutting which generates dust pollution outside of the gardens opening hours.

• A team of 6 specialist local stonemasons were employed to conduct the works while Blue Lias stone was carefully selected to match the existing fabric.

• Good conservation principles were observed, using minimal intervention and quality craftsmanship. Works were not undertaken during inclement weather and pinning and dowelling techniques were used to retain as much of the historic fabric as was safe to do so, rather than replacing with new. The Head Stonemason has previously worked for English Heritage for a number of years, running the North/East area, and having now set up his own successful business, still employs the fundamental criteria, as used by English Heritage, being the voice of conservation in the UK.

• Scaffolding was provided by an approved local subcontractor who specialise in bespoke scaffolding solutions.

• 5 miles of scaffolding planks were used

One of the key achievements on the project has been the local spend results, to date 100% of specialist subcontractors used on the project were sourced within 30 miles of the Castle