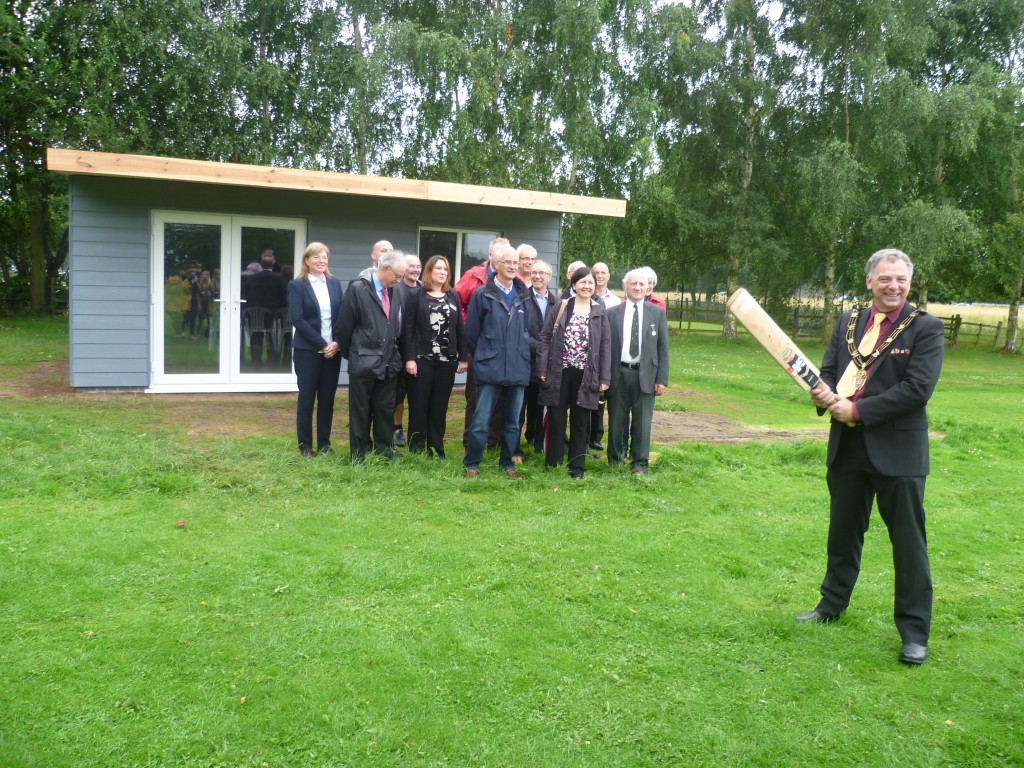 A valuable community sports facility has been revamped by Woodhead thanks to a £200,000 investment.

The facility on the West Common in Lincoln, which is used by several local sports groups and residents, was formally reopened by the Mayor of Lincoln Cllr Andrew Kerry.

The much-needed improvements included new toilets and changing facilities, a new kitchen, new windows, walls being partly rebuilt and redecorating throughout. The cricket pavilion on the same site has also been rebuilt on the existing footprint.

Funding for the work came from Section 106 monies – contributions made by developers to be spent on improvements to community facilities and infrastructure. the project was procured through the East Midlands Property Alliance (empa ) Minor Works Framework. Empa ii aims to improve the efficiency of procurement and delivery of construction and property maintenance projects for public sector bodies.

Katie Stammers is Project Co-Ordinator for Robert Woodhead Ltd and has been overseeing the improvements on site, she said: “It’s been great to be a part of this project. We have not only been able to refurbish a facility that was in much need of improvement but we’ve also delivered a facility which will be well used by its local community for years to come.”

Cllr Donald Nannestad, Portfolio Holder for Recreational Services and Health at City of Lincoln Council, which owns the building, said: “We know the pavilion is a well-used facility and it was in desperate need of refurbishment. This is exactly the kind of project Section 106 money is intended for and this will continue to benefit the local community for years to come, while also providing a great facility for sports.”

Tom Brayne, President and Chairman of Carholme Bowls Club, who regularly use the pavilion, said: “I think it looks brilliant, and with the work that’s been done I think it will become more open to the community. I would love to encourage more people to use the space and get involved.”