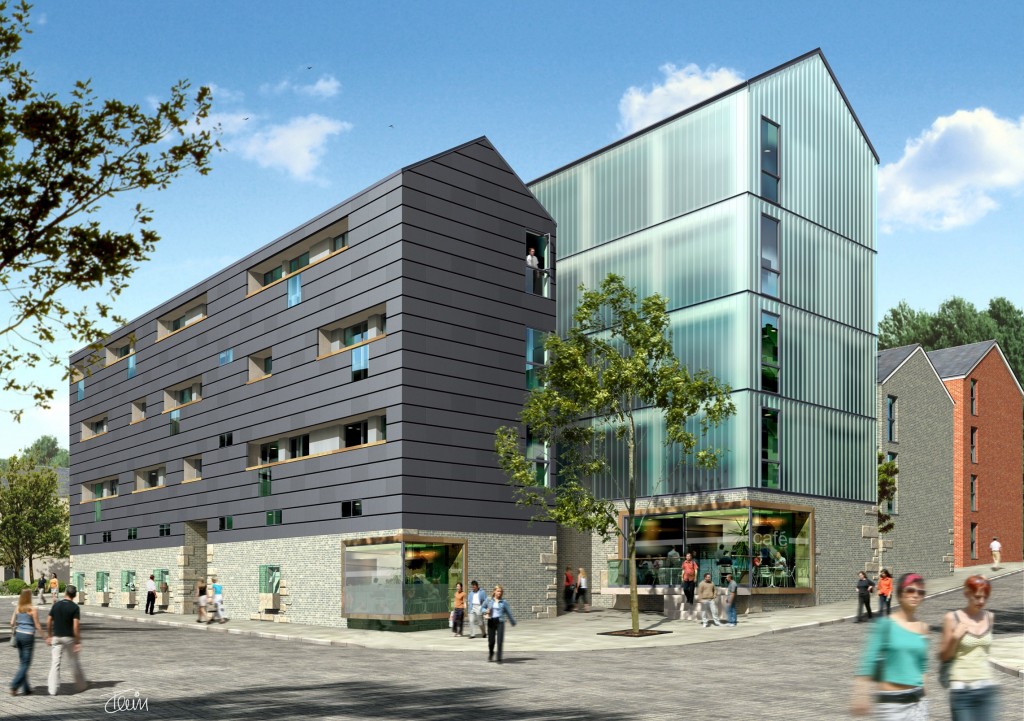 The construction companies new base at The Terrace, Grantham Street, is located in the heart of Lincoln. The investment in the office is a strong commitment to Lincoln and Lincolnshire. It will provide the Lincolnshire team with a local office, and somewhere for colleagues to hot-desk whenever necessary.

Juliet Slater, Woodhead’s Lincolnshire Team Leader, will be heading up the Lincolnshire office, accompanied by her new team. She said: “Over the past few years we have increasingly been working in Lincoln and the wider county. It is now the right time for us to cement our commitment to the area by giving ourselves a permanent base here.

“This is an exciting time for us, our customers and suppliers. It gives us a platform to invest more in developing our local supply chain and delivering social economic and environmental value.”

The company is a Contractor Partner on the empa (East Midlands Property Alliance) Minor Works Construction Framework in Lincolnshire. The four-year framework agreement could be worth upwards of £33m for the company over the four years. This framework and other key contracts have given the company solid foundations to achieve its future growth plan in Lincolnshire and across the East Midlands.

Woodheads has been working in and around Lincolnshire for a number of years with clients such as Lincolnshire County Council, City of Lincoln Council, South Kesteven District Council, North Kesteven District Council, the Ministry of Defence and the University of Lincoln.  Most recently the company has worked on projects including Lincoln Castle Revealed, Newport Arch, multiple housing developments and the award-winning Heritage Skills Centre in Lincoln.

The office will be officially launched on Thursday 12th June, but the team moved into the office last week. The new office represents the next step in the company’s commitment to Lincoln and Lincolnshire.

Juliet added “The Terrace is an excellent location and offers us the facilities and position we need to grow and continue to make building a better experience for all.”

Over the coming months Woodheads is sponsoring a number of initiatives in Lincolnshire, including the 1,000 Years of Traditional Crafts Weekend at Lincoln Castle, the Lincoln Labyrinth Festival and the Historic Lincoln Trust Conference at the Lincolnshire Showground.

The company has also made strong ties with local colleges, involving over 20 students on one if its housing projects in Stamford as part of the company’s B.I.G Initiative (Building to Inspire a Generation).

Just last week Robert Woodhead was awarded the National Federation of Builders Corporate Social Responsibility Award. This follows a run of success, being named East Midlands Contractor of the Year by the Chartered Institute of Building, as well as receiving the CIOB’s Committed to Corporate Responsibility Award.