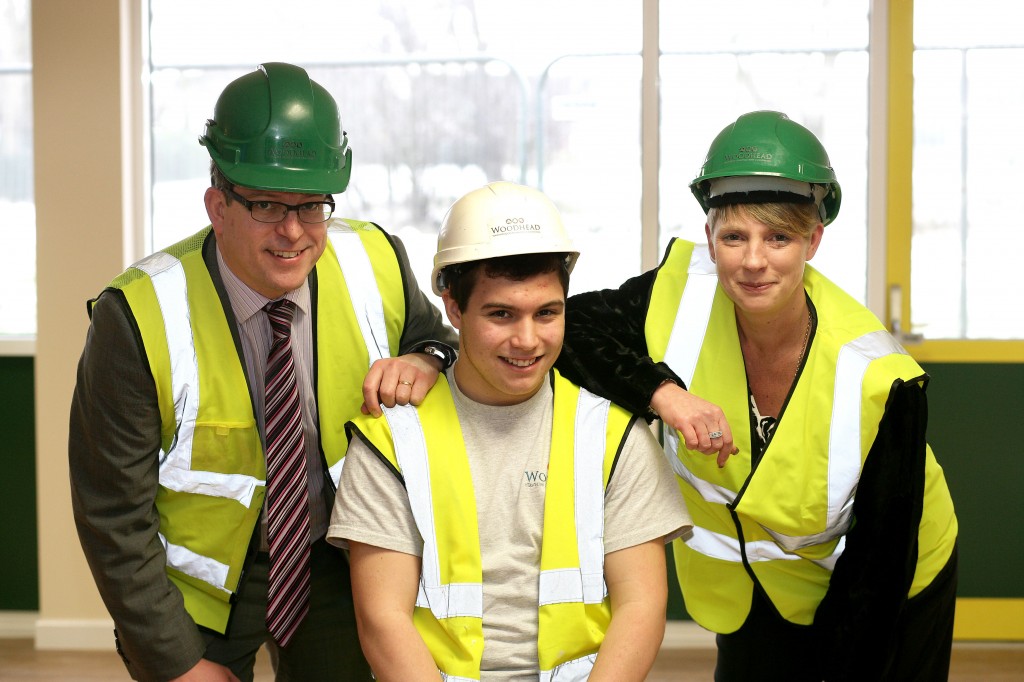 Robert Woodhead Limited, has been out and about during National Apprenticeship Week promoting the benefits of working in the construction industry.

The Nottinghamshire company is committed to encouraging young people to pursue a career in construction, as well as offering opportunities to those looking for office-based positions.  Teresa Westwood, HR and Business Support Manager at Robert Woodhead spent Wednesday last week talking to students at Grantham College about the benefits of working in construction.

“So many young people are going to university these days, which makes it even more important that we as a company showcase the huge benefits of being involved in the construction industry,” said Teresa.

“Apprenticeships are now available in a wide range of sectors, it’s sometimes easy to forget the core traditional industries, such as construction, that have been training young people and providing on-the-job experience and for decades.”

Robert Woodhead is an award-winning construction company based in Nottinghamshire, and operating throughout the East Midlands and Yorkshire. It specialises in the design, construction, refurbishment, conservation and repairs and maintenance of buildings. As a Nottinghamshire business, it is committed to providing career opportunities for local people, and is in the process of recruiting 15 new staff members to support its growing portfolio of projects.  As well as speaking directly to a group of 70 students in Grantham, Robert Woodhead were also exhibiting at an apprenticeship fair organised by Newark and Sherwood District Council, Dukeries College of Further Education and Jobcentre Plus. It took place at the Lifespring Community Centre in New Ollerton, with more than 180 people coming through the door to find out more.

Teresa added: “This was yet another opportunity for us to get out there and meet the young people who are just about to make those all important decisions about their future. National Apprenticeship Week is the perfect time for us to be out talking to young people about the benefits of working in construction, as well as talking to them about future vacancies we may have.”

Robert Woodhead was recently selected as one of seven contractors to deliver public sector projects on the East Midlands Property Alliance (EMPA) Minor Works Construction Framework. The contract could be with in excess of £33 million over the next four years.  Teresa concluded: “Being named on such a framework is a significant boost to Robert Woodhead. Working on projects of this scale will mean we can offer continued opportunities to young people across Nottinghamshire and Lincolnshire which will of course include apprenticeship vacancies.”