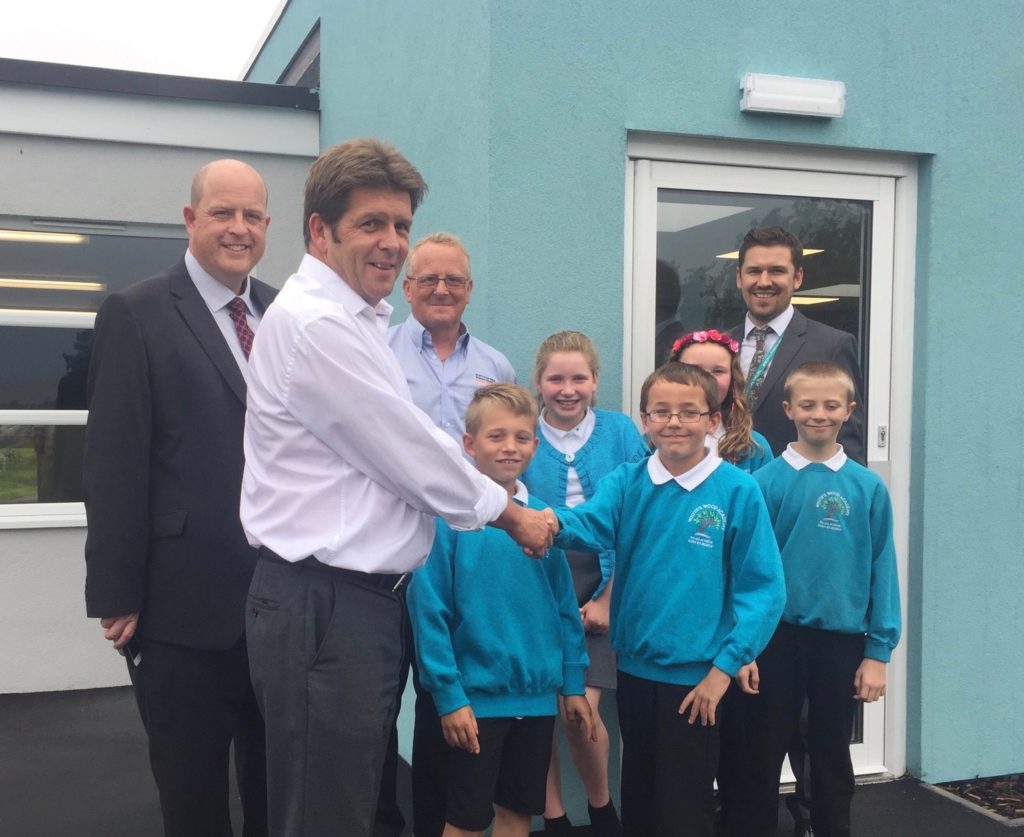 Woodhead began on site in June and completed in just nine weeks over the summer period, giving the school an opportunity to create a further 40 more school places.

With such a tight time period, the only way to complete the level of work required in time for the start of the new term, was to work with a pre-fabricated modular building – which had to be craned into place on site, with the children of White’s Wood Academy looking on.

Site Manager, Pat Richmond, said: “It’s been lovely being on site at White’s Wood Academy. Early on in the build I participated in an assembly with all the children, and they really grilled me on the project – I was really impressed with all their questions.

“The first five weeks of this project were carried out while the children were still in school, so the safety of the children, parents and staff was of the utmost importance. There was of course a great deal of interest as we were craning in the new classroom. With this sort of build, the structure has to be right down to the millimetre, and we’re delighted that everything went to plan.”

Interim Executive Headteacher, Sue Wilson, said: “We’re delighted with the work that’s been completed by Woodhead. The team has been considerate and particularly careful at times when the children have been on site. Everyone found it fascinating to see the building craned into position. Most importantly everyone is really pleased with the result and I know the children are all looking forward to working and playing in there.”

The project at White’s Wood Academy was procured through the empa framework which is managed by Scape Group and helps public sector organisations save time and money on construction projects.

Ian Towlson, Regional Frameworks Manager for empa, said: “Helping schools like White’s Wood Academy cope with increasing demand for pupil places, is a priority for us. We’re always looking for innovative ways to enhance learning facilities for children, while keeping timescales and costs to a minimum. The children were thrilled to get the opportunity to see their new classroom being built and I am confident this will be a fantastic facility for many years to come.”