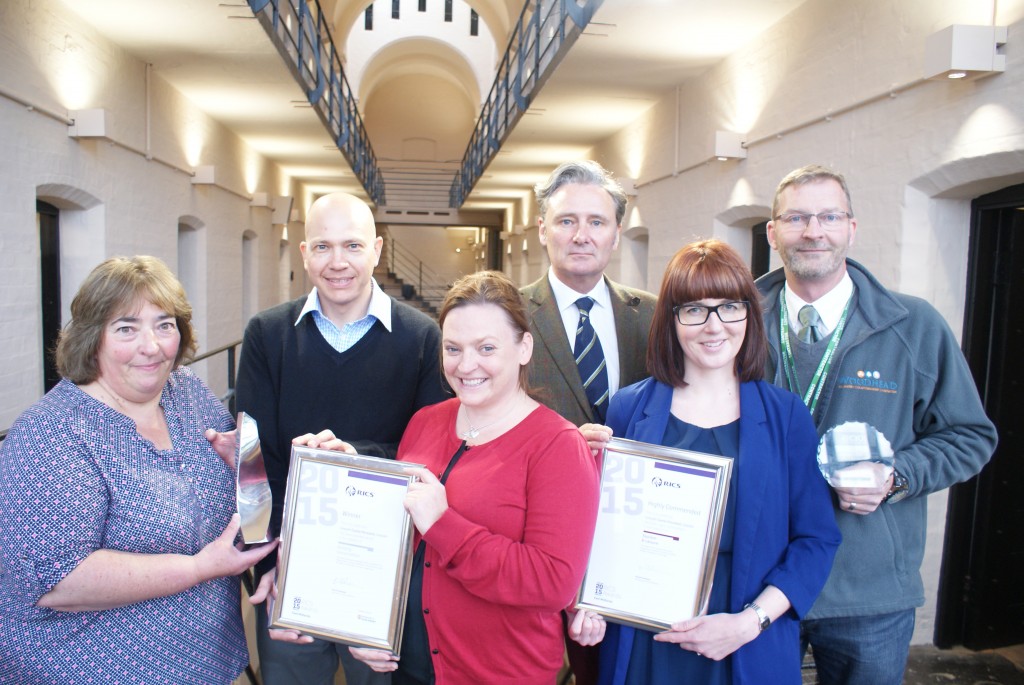 Lincoln Castle Revealed was awarded Project of the Year at the CIOB’s Committed to Excellence in the East Midlands Awards 2015 and the Building Conservation Award by the RICS.

The CIOB award is given in recognition of the delivery of an outstanding project that demonstrates quality of design; quality of the finished project; added-value initiatives; completion within budget and time-scales; and health and safety record.

The RICS Building Conservation Award recognised the outstanding conservation of the Castle Walls and Prison. The conservation philosophy, traditional techniques and environmental considerations were considered by the judging panel.

The judges considered the scheme to be an outstanding project, based on a strong vision and a heritage led regeneration strategy. The result is a superb new visitor attraction, including stunning Castle Wall walks completed in time to celebrate the 800th anniversary of Magna Carta.”

The Castle was also Highly Commended in the Tourism and Leisure Category, which honours the positive contribution the project will make to tourism and leisure offer in the region.

Mary Powell, programme manager, said: “A small army of people devoted a lot of time and energy to make this project possible, and I’m delighted their efforts have been recognised in this way.

“The new-look castle has so much more to offer, and visitors have been flooding through the gates since the re-opening.

“The work has also meant that this important part of our heritage is now in far better shape than it was, ensuring it can be enjoyed by future generations as well.”

Among the improvements made as part of the £22m project were:

• The creation of the David PJ Ross Magna Carta Vault, a new home for the historic document in its 800th anniversary

• The refurbishment of the Victorian Prison, which had been closed to the public for decades

“Working on a project like this has been a dream come true. The awards are recognition to the hard work of a truly dedicated and passionate team of people.”

For more information on all Lincoln Castle has to offer, visit www.lincolncastle.com .