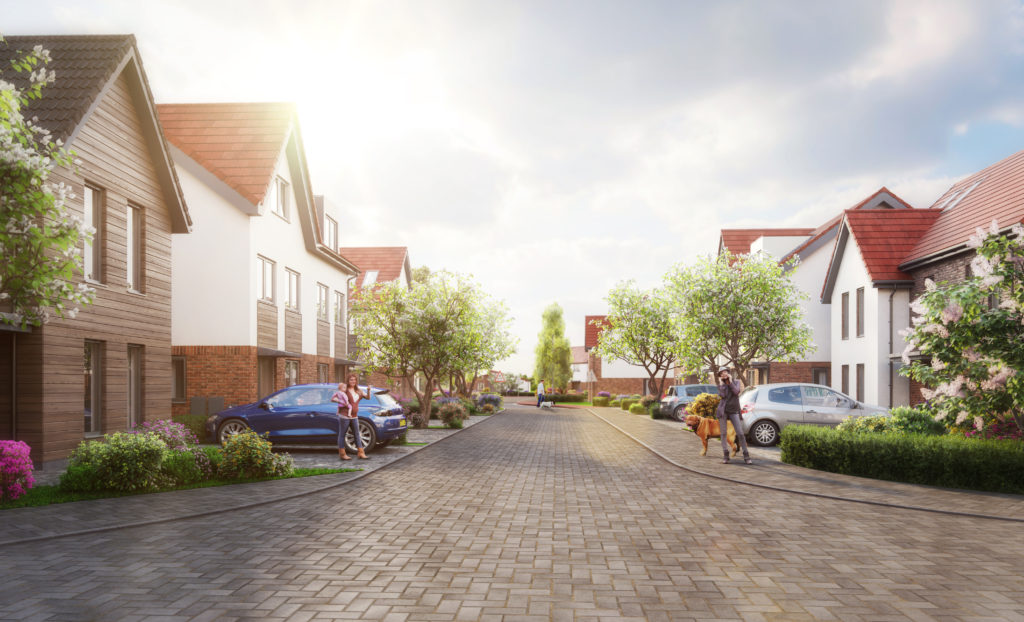 Woodhead Homes, part of the locally-based Woodhead Group has been granted permission to build 67 brand new homes at its Rufford Pastures site in Edwinstowe.

The development was voted for unanimously by Newark and Sherwood District Council’s Planning Committee on Wednesday 25th January. It will include a mix of three, four and five bedroom luxury houses, with a selection of two and three bedroom bungalows.

The Woodhead family business has strong roots in Edwinstowe and is based at Edwinstowe House in the heart of the village. Woodhead Homes was keen to create a development, which responded to the local housing need. Following market research across the Newark and Sherwood District over the past 12 months, the company wanted to ensure it was not only providing family homes, but also accessible bungalows.

Work is expected to begin on the six and a half acre site in April 2017, with the first homes becoming available in the Autumn. Woodhead Homes will open its sales centre at Edwinstowe House in February so people can view site plans and reserve their plot.

Leo Woodhead, Sales Manager for Woodhead Homes, said: “We are delighted to have been granted planning permission for what will be a fantastic addition to our village.

“When we purchased the site last summer, it already had outline planning permission for 72 dwellings, but on reflection we reduced the number of homes, as we felt the original proposals were too dense for its position on the fringes of the village.”

Rufford Pastures will include green spaces, an orchard, a central ‘green boulevard’ at the heart of the development, and a children’s play area. The green spaces have been designed to form a ‘green loop’ around the development, to encourage walking, jogging and recreation. There is also a focus on linking the development back to the existing village through fostering footpath links.

House types have been named Faber, Catkin, Shore, Cooper, Foxtail and Shortleaf, all of which are common names of Conifer – a nod to the site’s Sherwood Forest location.

All homes will aim to achieve an EPC rating B, as a minimum. Built using a ‘fabric first’ methodology, the properties will offer warm, energy efficient homes, which are cheaper to run. Following consultation with the local community and those expressing an interest in the homes, each property has been designed with generous internal layouts, lots of natural light, links to green space and ‘big sky’ views.

The site’s show home is expected to be open on site from September 2017. In the meantime a sales suite at Edwinstowe House (High Street, Edwinstowe, NG21 9QS) will be open in the coming weeks, to help those looking to purchase a home ‘off plan’. For more information, please visit the website: woodhead-homes.co.uk or call Vicki Austin, Woodhead Homes Field Sales Manager on 01623 827695.