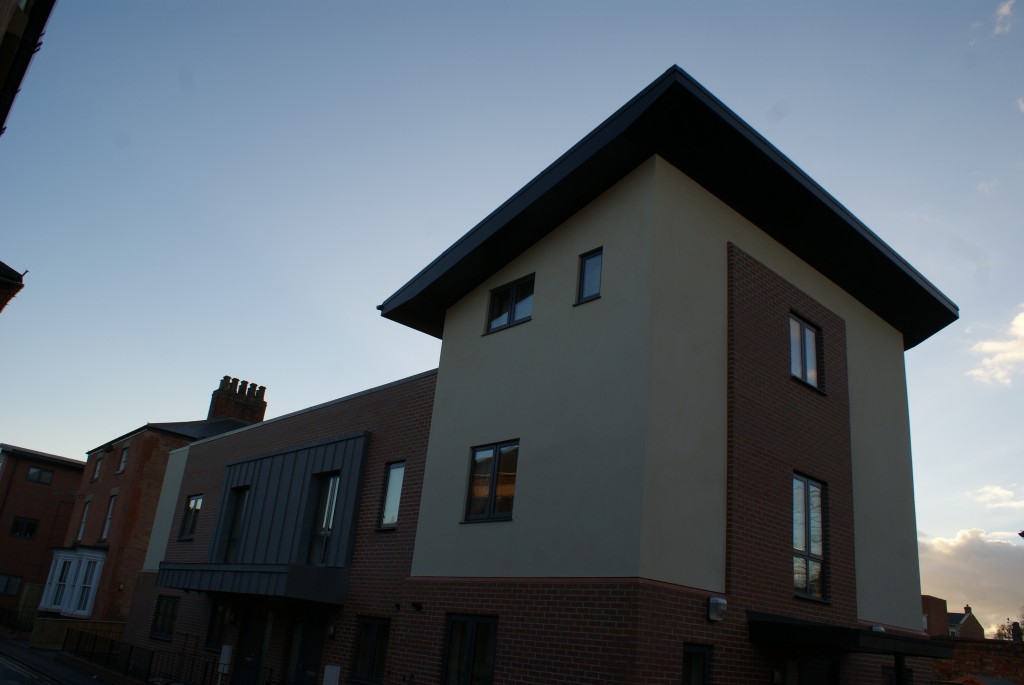 Stakeholders came together to hold a celebratory completion ceremony for a £1.2 million development in the centre of Gainsborough. The Cross Street scheme is the first in the district to have successfully achieved one of highest energy efficiency ratings possible: Code for Sustainable Homes Level 5.  You can see how this was achieved by watching the video case study on YouTube. 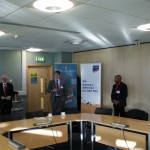 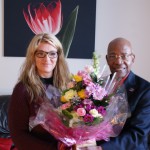 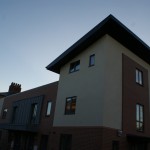 L&H Homes Managing Director Mike Hardy said: “We’re delighted that our tenants can enjoy living in high quality sustainable homes with features that will help tackle fuel poverty. This innovative project will also help us to measure how eco-friendly developments perform over time.”

A former Georgian building, adjacent to the new build properties has also been converted into two residential flats and a three bedroom house. The scheme was partly funded by West Lindsey District Council’s Eco Town project.

Mother of four Lynne Schofield moved into one of the properties four months ago. Her family is really happy with the move as they live near the centre of town, have a very warm house and a large garden.

She said: “The house warms ups very quickly, particularly for an old house. The triple glazing makes it nice and quiet inside.

“I am always turning the heating down because it gets so warm so quickly!”

Glenn Slater Business Development Director of Robert Woodhead Limited was delighted to hear such positive feedback about scheme from residents and partners alike. Glenn expanded, “A particular mention should go to the Site Manager, Bob Chadwick. Bob worked hard to build a good relationship with neighbours. He scored an impressive 98% in a neighbour satisfaction survey and received a score of 37/40 in the Considerate Constructors Scheme. As a result, the site will be nominated for a National Site Award in 2013.”

Chairman of West Lindsey District Council Cllr Jessie Milne cut the ribbon at the opening. She said: “I am really impressed with the properties and what has been achieved here.

“Partnership working is very important, and this is a prime example of what can be achieved when different agencies come together.”