Discovery at the Civil War Centre 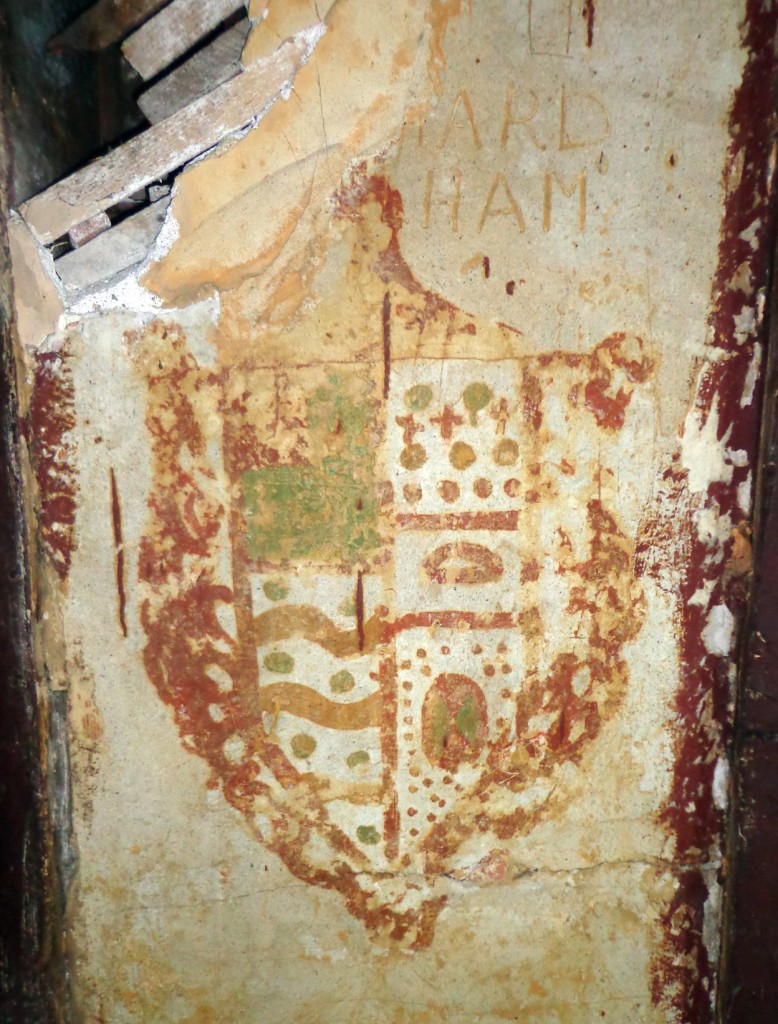 One of Newark’s finest Tudor buildings is yielding more of its fascinating secrets.

Restoration work is gathering pace at the Grade II* Old Magnus Building, on Appletongate, which will house the UK’s first ever National Civil War Centre when it opens next year.

The ambitious £5.4m project by Newark and Sherwood District Council is being backed by £3.5m from the Heritage Lottery Fund.

Now builders from Edwinstowe-based Woodhead Heritage Ltd, main contractors for the scheme, have discovered two coats of arms hidden beneath old wallpaper. The finds were made in a top floor room once used as a schoolboy dormitory from the time of Henry VIII.

“The Old Magnus Building was built in 1529 as a grammar school. We’ve previously found very old graffiti in the dormitory carved in the plaster as long ago as 1608. But we certainly did not expect to find two coats of arms. They are both painted red and one is in pretty good condition. At this stage we don’t know who or what they represent or how old they are. Perhaps they were painted by one of the schoolboys. So if anyone recognises the design we’d be extremely keen to talk with them. We are certainly going to be doing further research.”

Reverend Thomas Magnus, a wealthy benefactor, provided money for the Old Magnus Building’s construction. His act of generosity was partly motivated by a wish to gain favour with Henry VIII’s regime during a tense period for the church. Extended during Georgian and Victorian times it was used as a school until the early 20th century.

A specialist conservator has been brought in to help conserve both coats of arms and graffiti. Bryony Robins adds:

“They are all part of the rich history of this 500 year old building. We want to preserve as much as possible for the public to see when the centre opens.”